When Local 25 Business Manager Kevin Casey got the call for electricians to wire two field hospitals, he knew he’d need help from other locals. All told, around 400 to 450 electricians were dispatched to the two sites, one at the State University of New York at Stony Brook and the other at SUNY Old Westbury.

"They came from everywhere,” Casey said of the more than 300 travelers who came in. “It was great.

One of the locals that sent members was Boston Local 103.

“Kevin told me they were looking for help and it worked out that many Local 103 members were laid off or furloughed due to jobs closing in Boston,” said Business Manager Lou Antonellis. “Our guys were happy to get the call to travel to Local 25 to help out.”

The Stony Brook site peaked at 317 members and Old Westbury peaked at 225. The projects wrapped up this weekend, said Casey, who toured the facility Easter weekend.

“I was blown away by the amount of work they had done,” Casey said. “It’s really tremendous.”

Casey said that NECA and Local 25 have a personal protective fund that provides PPE to members, and that it now includes N95 face masks along with hard hats, gloves, eye and ear protection, rain gear and reflective vests.

Members worked with signatories EJ Electric at Stoney Brook and Commander Electric at Old Westbury. Casey noted that office staff are also working around the clock to help process all the travelers coming in.

The solidarity extended beyond the worksite. Casey says he was able to get the travelers set up at a hotel for a discounted rate of only $50 a night. And the project manager with EJ Electric says he wants to send a thank-you letter to all the locals that sent members out.

“That’s not a common practice,” Casey said. “That’s how grateful we all are.” 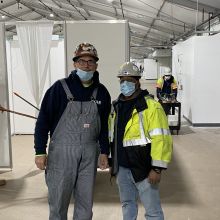 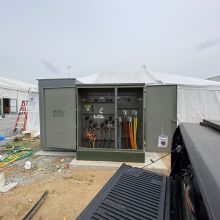 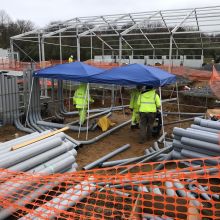 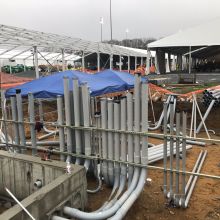 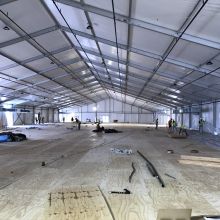 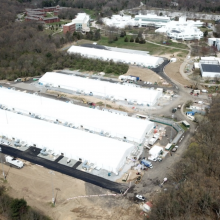 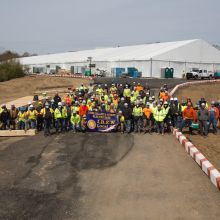 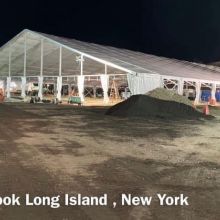 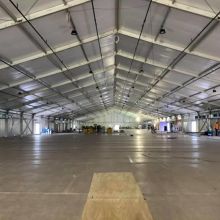 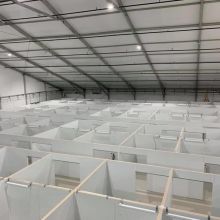 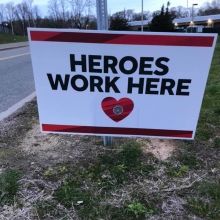 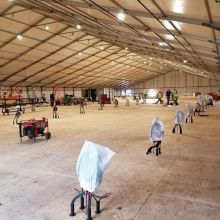 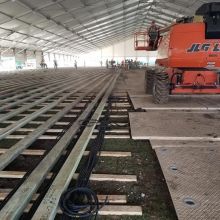 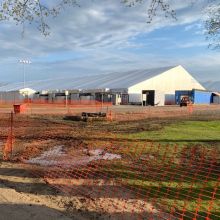 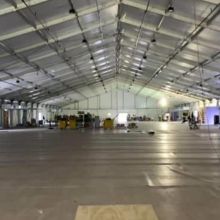